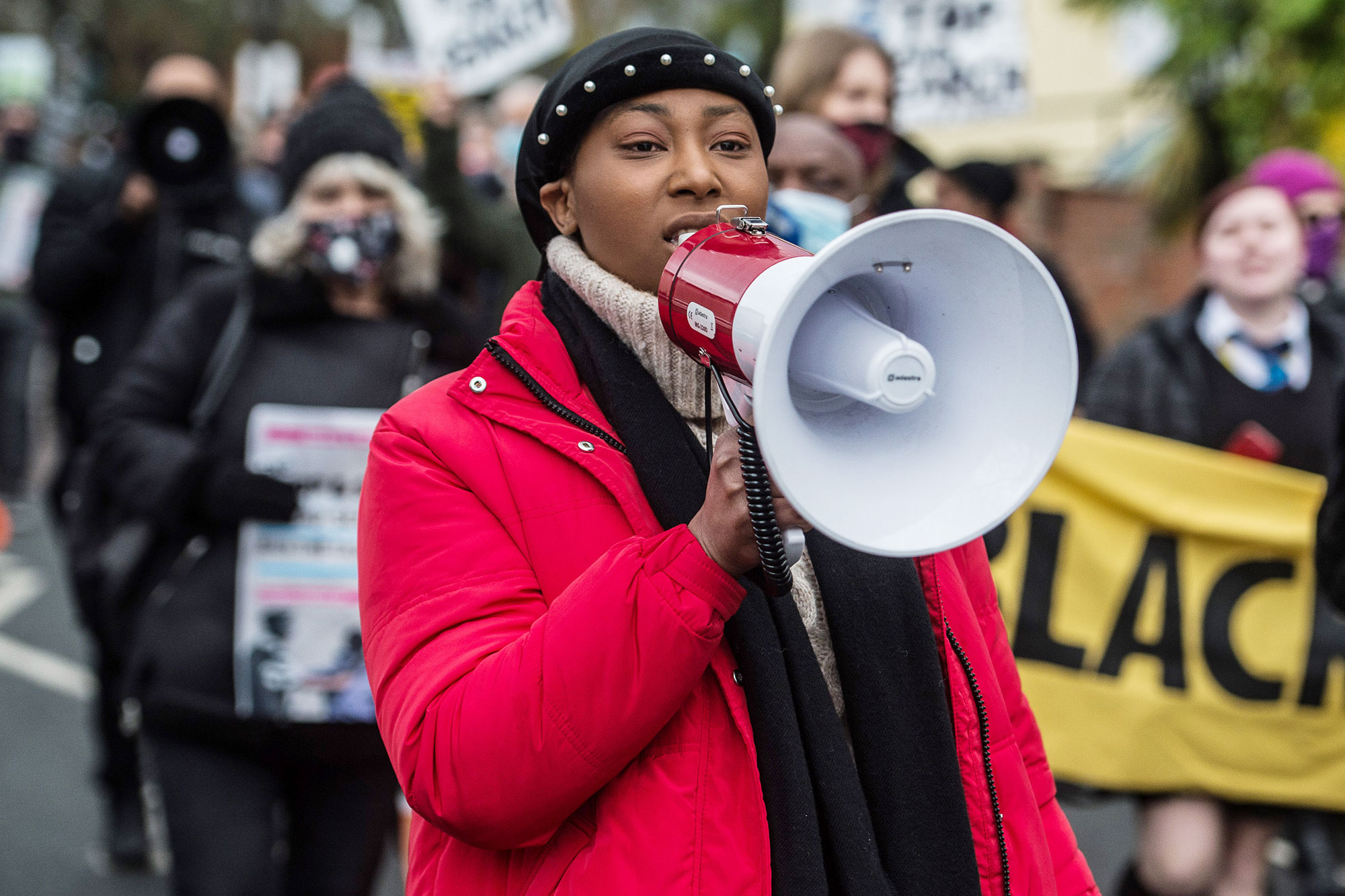 A prominent black political activist is in critical condition after she was shot in the early hours of Sunday morning in South London.

Sasha Johnson, a prominent anti-racism activist in London, is in critical care in hospital after being shot.

The Taking The Initiative Party, a Black-led political party that Johnson co-founded, confirmed on Instagram that she was the victim of a shooting in southeast London over the weekend.

‘It is with great sadness that we inform you that our own Sasha Johnson has been brutally attacked and sustained a gunshot wound to her head,’ a statement read on Instagram. ‘She is currently in intensive care and in a critical condition. The attack happened in the early hours of this morning, following numerous death threats as a result of her activism.’

The Metropolitan Police have not confirmed that Johnson is the victim of the shooting, but released a statement on the incident on Sunday appealing for more information, saying they were called to reports of a shooting in the Peckham, SE15 postcode at 03.00am on Sunday morning where they found that a 27-year-old woman had been shot.

‘It is believed that the shooting occurred in the vicinity of a house where a party was taking place and that a number of people may have been in the area,’ a statement from the Metropolitan Police read. ‘While the investigation is at an early stage, there is nothing to suggest that the woman who was shot was the subject of a targeted attack or that she had received any credible threats against her prior to this incident.’

According to the Taking The Initiative Party website, Johnson is an Oxford Brookes alumni who graduated with a first in social care. She is also a mother. The Black Lives Matter UK organisation said Johnson was ‘at the forefront of many of the Black Lives Matter uprisings in the UK last summer following the killing of George Floyd by a white police officer, Derek Chauvin.

The Taking The Initiative Party said there would be a vigil for Johnson while she recovers outside the hospital this afternoon.