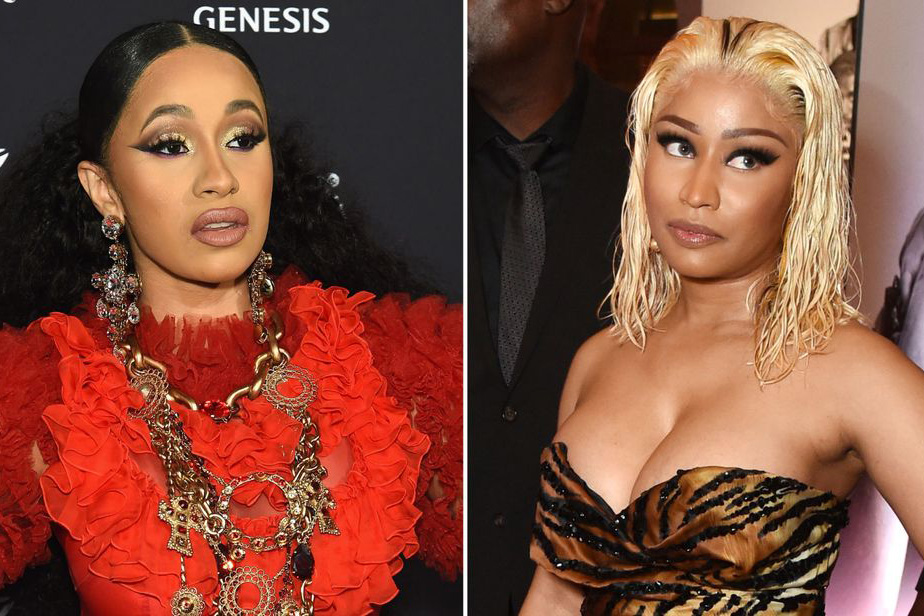 The rappers were seen leaving New York Fashion Week’s annual Harper’s Bazaar Icons party late Friday at the Plaza Hotel when a fight between the two stars broke out.
Some partygoers at the invite-only soiree captured the fight on camera and posted it to social media.
In the video, Cardi B is being restrained as Minaj exits the hotel.
Security alerted officers about a dispute between two people at the Plaza around 11 p.m. Friday, law enforcement sources said. Officers spoke to one of the guests involved, sources said, but the guest declined to make a complaint. No arrests were made.
It’s unclear what caused the quarrel to escalate, but Cardi B took to Instagram afterward and posted a profanity-filled video saying Minaj had criticized her parenting skills.

Cardi B gave birth to her first child, a daughter, in July.
Last year both artists were featured on the song “MotorSport” alongside Migos.
Minaj addressed their feud in a recent interview with Beats 1 Radio host Zane Lowe, saying, “I have never seen her show me any genuine love during an interview. I just see how many girls wish they had been on a song with Nicki Minaj.”
CNN has reached out to Cardi B’s and Minaj’s representatives for comment.